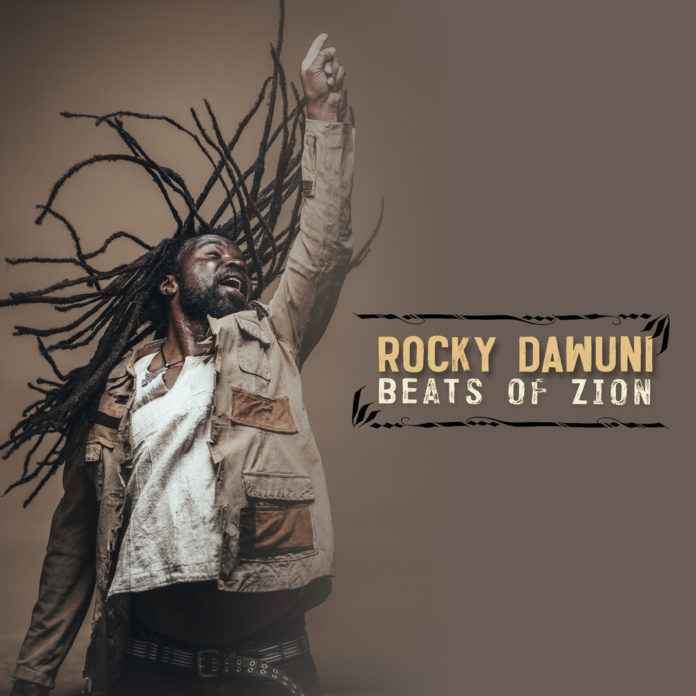 The title track and lead single “Beats of Zion” came out well from the Village Studios session, but was missing something on the drum tracking. Rocky states, “We travelled to Zanzibar for a concert shortly after the recording session. At the time, I was still wanting the full African tribal effect that I had imagined. On the eve of my concert at the amazing Sauti za Busara Festival, we saw Batimbo Percussion Magique of Burundi mount the stage and blow the minds of everyone in the audience. I turned to my manager; Cary Sullivan who was also watching and we thought the same – ‘these are the guys for Beats of Zion’ and so the story unfolded.” The lead single will also have an accompanying video, out in all global stores today including www.Aftown.com.

The official video for the song was shot and directed in Ghana by Lex McCarthy. Photo Credits: @AmirImage

The album was recorded in the span of almost 2 years in various studios in Accra, Nairobi and Los Angeles. In LA, Rocky was gifted studio time at the legendary Village Studios that has recorded the most influential artists including Bob Dylan, Elton John, The Rolling Stones, John Lennon, and Fleetwood Mac.

Rocky’s travels around the world helped shape the new album Beats of Zion. He elaborates, “Beats of Zion was born out of my desire to use my diverse global musical influences and exposure to various traditions to paint a multi-cultural musical vision of the world that I perceive. The beginning of the year saw me visit Ethiopia and India. In Ethiopia, I visited Lalibela, witnessing ancient Christian rites and my journeys in India also exposed me to its diverse spiritual culture and the shared similarities I saw to Africa.” He adds, “The title Beats of Zion is inspired by a vision of the drumbeat of awareness and elevation of consciousness; a musical call to arms for my audience to be proactive in this day and age as to each person’s responsibility to be an active instrument for positive change.”

Full album officially releases on March 8, 2019 on all global stores and Aftown.

Kwame Dadzie’s rant: If you recklessly attack the media, you”ll recklessly be featured